Can I Substitute Mascarpone for Cream Cheese in Cheesecake

Cheesecake is an American dessert known for its ingredients which are cream cheese and a graham crust. The classic cheesecake does not require any flavoring, but it is versatile and can have different flavors to lighten up the dessert. The cream cheese is the star of any cheesecake variety as it gives it a sour and tangy taste that consumers love. There are no-bake recipes for cheesecake that usually add sour cream or Greek yogurts that can alter a bit of the flavor depending on the baker. But, those who want to bake the cheesecake rely on its custard base.

Mascarpone is an Italian cream cheese that is mostly known as an ingredient in a classic tiramisu dessert. It is a very heavy cream with a buttery and nutty flavor. It is also milky and sweet due to its butterfat content that has this melt-in-your-mouth experience. It is produced out of whole cream which contributes to its high-fat content even higher than cream cheese. Cream cheese has a firmer and smoother texture compared to mascarpone. It also has a slightly citric flavor, which gives any cheesecake its signature taste. Cream cheese is also perfect when paired with bagels and bread as it is more spreadable.

Can You Use Them Interchangeably?

Depending on the recipe, mascarpone and cream cheese can be used interchangeably with just a few additional ingredients. When using mascarpone instead of cream cheese, add lemon juice to give the mascarpone a tangy taste known in cream cheese. Cheesecakes made from mascarpone will be more decadent and creamier than their original recipe. If you are out of mascarpone and all you have is cream cheese, just add heavy whipping cream or sour cream to mimic the flavor and texture.

Can You Use Mascarpone Instead of Cream Cheese in a Cheesecake?

Mixing and matching other ingredients is convenient to form an original recipe. Mascarpone may be used as a substitute to cream cheese in making cheesecakes. Adding lemon juice to the mix will replicate the tangy and acidic taste of the cream. But it does have more fat content than mascarpone, the cheesecake will be creamier and more velvety compared to the classic cream cheese ingredient.

Substitutes for Cream Cheese in Cheesecake

Hung curds are made by draining all the moisture of yogurts. They can also be called hung yogurts. By tying the curd using a muslin cloth, hang the curd for about 3-4 hours or until all of the moisture ran out. The output will be a thick curd that is creamy and smooth. Hung curd has a low carb characteristic which is also a good source of protein, calcium, and probiotics. There is no need to bake when using hung curds as a substitute for cream cheese in cheesecakes. No-bake hung curd cheesecake may add gelatine to have a firmer texture. It has a more acidic flavor than cream cheese. Hence, additional sugar may be required.

If you want lower fat and calories, cottage cheese will be a better option than cream cheese. Cottage cheese is a healthier option since it also contains an abundant amount of calcium and protein. It has a firmer texture though, hence it needs to be blended or add heavy cream to make its texture smoother and softer similar to cream cheese. Add a reasonable amount of lemon juice to have the acidity that compliments the cheesecake. Cottage cheese’s high protein characteristic will stimulate the sensation of fullness, thus allowing you to have enough intake of cheesecake and resist its scrumptious taste.

This is one ingredient that promotes vegan-friendly desserts, healthy as well as delicious. Made from soybeans, tofu is considered one of the healthiest food as it contains high protein, amino acids, and vitamins and minerals such as calcium, manganese, and iron. It is also non-dairy, thus eliminating milk allergies and lactose intolerance. Soft bean curds are good for desserts since they have a light flavor and soft texture. For tofu cheesecakes, flavoring is versatile according to consumer preference. Toppings can also be added to give the dessert more life. Soft bean curds are also good ingredients for other recipes such as noodles and soups.

Sour cream is tangier than cream cheese, but in terms of its calorie and fat content, it is a healthier choice than the latter. One cup of sour cream is equivalent to one cup of cream cheese. There are also fat-free sour creams on the market which have a reduced-calorie, less fat, and low carbs content. Using sour cream in cheesecakes makes these desserts more light and moist but has a thicker texture. Sweeteners are optional for those who prefer having the sweeter kind of dessert.

Substitute For Sour Cream in Cheesecake 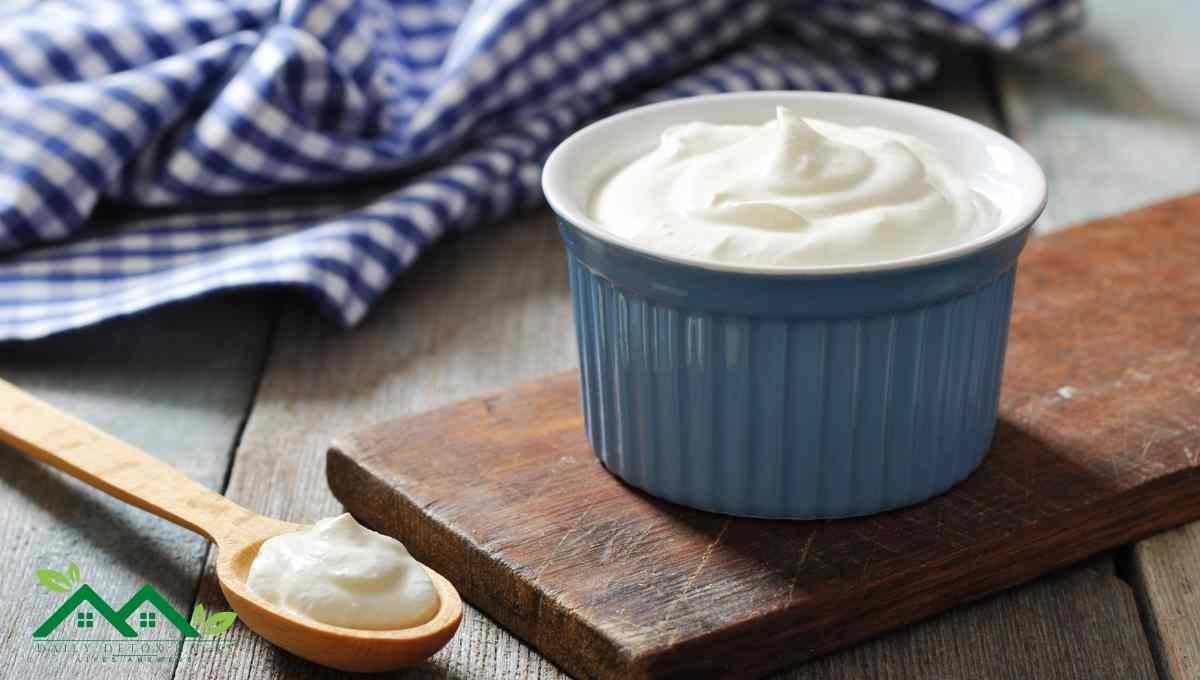